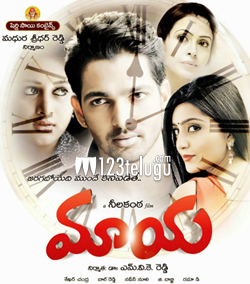 ‘Maaya’, is the recently released science fiction thriller based on the concept of Extra Sensory Perception. It seems this film has created a lot of interest in Kannada filmmakers.

Producers Sridhar Reddy (Dhana Lakshmi Printers) and Murugaapan bought the Kannada remake rights of this film. Interestingly, the same producers have bought the rights of ‘Prema Katha Chitram’ too.