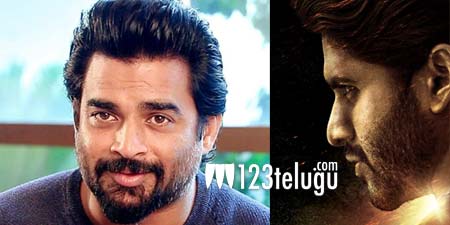 Madhavan is back in Telugu cinema after a long gap and after joining the sets of Chandoo Mondeti’s Savyasachi, he is already impressed with the film’s lead actor, Naga Chaitanya’s generosity.

Recently, when Naga Chaitanya took to Twitter about how happy he is to have Madhavan on board, Madhavan went on to say, “Only heard that you are a darling bro but now I know why the whole of south loves you.. your kind generous and a wonderful human being. I can’t wait to work with you and let’s make an outstanding film..and yup my next is a demanding one 😉😉.”

The film’s second schedule began recently, and Naga Chaitanya’s first look from the film was unveiled on the eve of his birthday. Nidhi Aggarwal is the lead actress in this action drama.