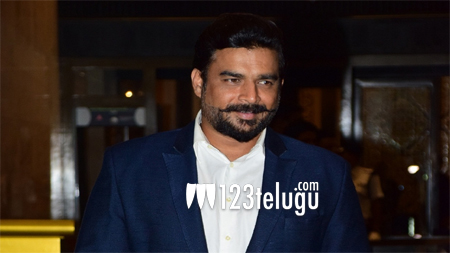 Ever since he made his comeback in Tamil cinema with Irudhi Suttru few years ago, Madhavan’s career has been going great guns. Despite taking a break to recover from his shoulder injury, the actor has been flooded with offers in Tamil, Hindi, and Telugu. Now, he has reportedly decided to team up with filmmaker Ananth Mahadevan to make a film on the life of ISRO Scientist Nambi Narayanan.

Few years ago, Nambi was accused of being a spy, despite his important contributions to ISRO. The renowned scientist fought back to set the record right about his career. Ananth Mahadevan, who met Nambi Narayanan, is said to be quite stunned to hear the details about scientist’s life and in a recent interview, he said, “I believe that Madhavan is the only actor who can pull off this role. He is an engineer and he understands rockets and science.”

It remains to be seen when this film will go on floors. Incidentally, Madhavan will be seen in three different looks and the actor has decided to not rely too much on prosthetics to achieve the right look. More details are awaited about this ambitious film.