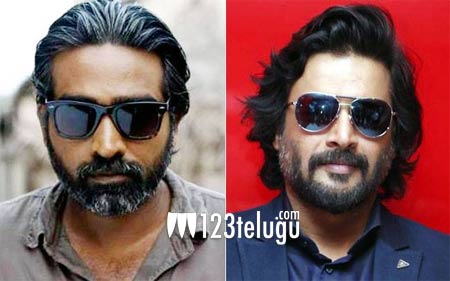 Madhavan and Vijay Sethupathi are currently the talk of the town in Kollywood. Their latest film Vikram Vedha, which released on Friday, opened to outstanding response and both the actors, along with Varalaxmi Sarathkumar and Shraddha Srinath, are being flooded with several messages from the audience.

The film is about a clash between a gangster and a cop; however, Puskar-Gayatri, who directed the film, are said to have treated it like a thriller. Given the hype surrounding the film, several filmmakers and actors in Tollywood have already started making enquiries about doing a Telugu remake.

The film was produced by Y Not Studios, which recently forayed into Telugu cinema with ‘Guru’. Now, it remains to be seen who gets to reprise Madhavan and Vijay Sethupathi’s roles in the Telugu version.