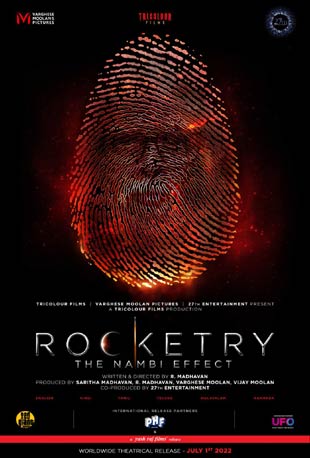 Kollywood actor Madhavan was last seen in Maara, which was directly released on OTT. The handsome is now coming up with a biographical movie called Rocketry: The Nambi Effect.

Written and directed by the actor himself, the movie has made the headlines again. The latest news is that the movie will have its world premiere at Cannes Film Festival on May 19, 2022.

Simran Bagga, Rajit Kapur, Misha Ghoshal, Ravi Raghavendra, Gulshan Grover, Karthik Kumar and Dinesh Prabhakar and others played key roles in this movie which has the cameos of Shah Rukh Khan and Suriya.

Tricolour films, Varghese Moolan Pictures and 27th Investments have teamed up to produce this flick, which will be released in Hindi, Telugu, English, Tamil, Malayalam and Kannada on July 1, 2022.