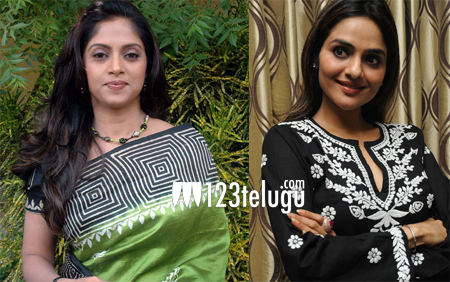 Former heroine Madhubala will be playing Nadhiya’s role in the Kannada remake of Pawan Kalyan’s Atharintiki Daaredhi. The actress is making a comeback in Kannada and this film is going to be her big ticket project.

Kannada star Sudeep is playing Pawan’s role in the film and Madhubala will be seen as his maternal aunt. The film is likely to be produced by Sudeep himself and other details are awaited about this film.

Sudeep has successfully remade ‘Mirchi’ recently and he is now training his guns on ‘Atharintiki Daaredhi’ for more success.