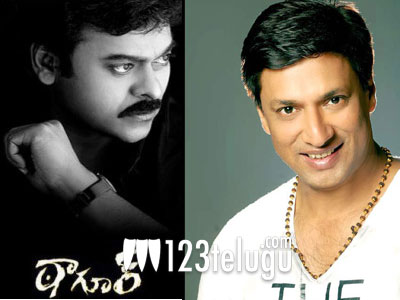 Chiranjeevi starrer Tagore will soon be remade in Hindi. If all goes well, the film might be directed by ace filmmaker Madhur Bhandarkar who has made a name for himself with hard hitting films like Chandini Bar, Page 3 and Fashion. Tagore, which was directed by V V Vinayak in Telugu, was a remake of a Tamil film titled Ramana. A Murugadoss had directed the Tamil version and Vijaykanth played the lead role. Impressed with the storyline, Sanjay Leela Bhansali had bought the remake rights of Tagore and for the past several days he has been trying to find an appropriate director to helm the project. A leading Mumbai based tabloid has reported that Sanjay Leela Bhansali has approached Madhur Bhandarkar for this film. Apparently, the latter liked the film and if all goes well, this remake might go on floors after Madhur Bhandarkar completes filming his upcoming film Heroine. Interestingly, this will be the second remake which Sanjay Leela Bhansali is producing within a short span of time. He’s currently producing Akshay Kumar, Sonakshi Sinha starrer Rowdy Rathore, which is a remake of Vikramarkudu.