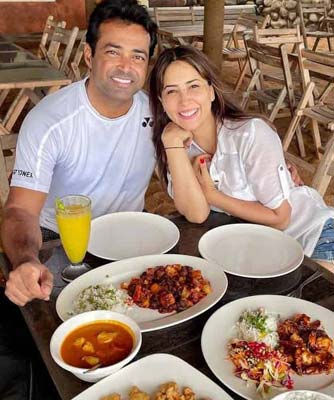 Kim Sharma is a noted name in Hindi cinema. She was in the news recently when she broke up with Telugu actor Harshvardhan Rane. Now, she has made headlines once again.

Kim is in the news as she is now dating Tennis Leander Paes. This news has gone viral as pictures of Kim and Paes holidaying in Goa have gone viral. Kim Sharma has also done a song in Rajamouli’s Magadheera.

As seen in the picture both Kim and Paes are having a whale of a time. Paes is a divorcee and Kim has dated the likes of Yuvraj in the past as well. So, we need to see how far will she take this relationship ahead.
Attachments area