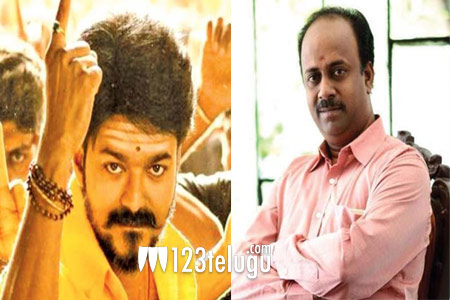 Raman Sharma, a popular magician who helped Vijay pull off some tricks in Mersal, has accused the film’s producers for not honouring the contract. Apparently, he hasn’t been paid fully for his work in the film and Raman stated that the producers owe him Rs 4 lakhs.

The magician went on to post a video of himself urging the makers, Thenandal Films, to settle the dues, and even shared a WhatsApp conversation which he had with the CEO Murali Ramasamy. The video has now gone viral on social media, and several fans of Vijay have been questioning why the production house hasn’t honoured their commitments.

Meanwhile, Vijay and Mersal’s movie director, Atlee, are collaborating once again for a feature film which is going to release in November, 2019.