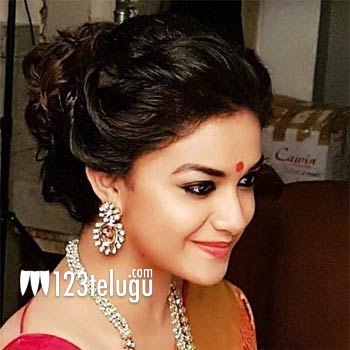 The makers of Mahanati seem to have left no stone unturned to turn the film into a visual feast. Already, the film’s teaser has got tremendous response and people were stunned with Keerthy Suresh’s transformation as the legendary actress Savitri.

Interestingly, Mahanati has become one of the rare films in recent times that was partly shot with film stock. Apparently, Dani Sanchez, the cinematographer, and Nag Ashwin, director, decided that they wanted to distinct looks to narrate Samantha’s track and the Keerthy Suresh’s track. In a recent interview, Dani revealed that the track featuring Samantha and Vijay Devarakonda has been shot on film, whereas Keerthy’s track was shot on digital.

Since no one was using film stock anymore, it had to be imported from other places and processing it too turned out to be a big challenge. However, going by the response so far, the decision seems to have paid off quite well. The film is going to hit the screens on May 9.