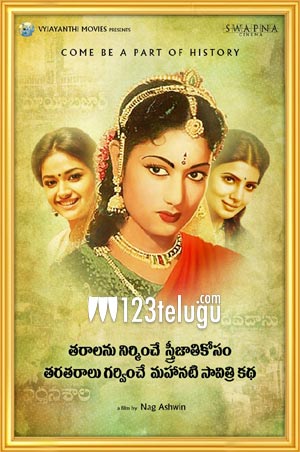 Mahanati is one biopic which is being awaited all over. As the film is based on the life of yesteryear actress Savitri, this film has created a huge buzz. Some star performers are playing crucial roles in this film which is currently under production.

The latest we hear is that the overseas rights of the film have been sold for a whopping 4.5 crores. This is a huge amount considering the subject of the film and the people behind it.

Nag Ashwin is directing this film which has Samantha, Keerthy Suresh, Dulquer Salman, Prakash Raj and many more senior actors. Vyjayanthi Movies is the banner behind the film.