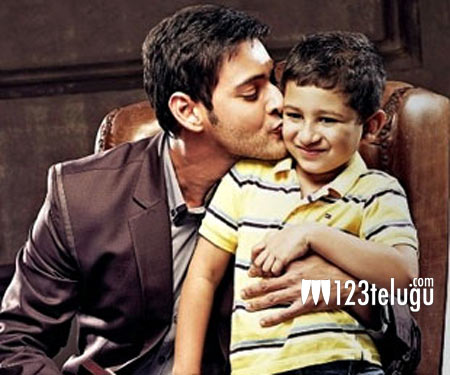 Superstar Mahesh Babu and his son Goutham are shooting simultaneously for the movie ‘1-Nenokkadine’. Two separate production units are involved in the shoot. Mahesh Babu is participating in the shoot at Nanakramguda while Goutham is shooting at a location in Hyderabad.

The film is slated for a massive release worldwide on January 10th of 2014. Meanwhile, some images from the film were leaked today on social networks and they created a huge impact. But the pictures were not officially authorized for release and the production team is investigating the matter with the help of police officials.

Kriti Sanon is marking her debut as a heroine with this film and Devi Sri Prasad is composing the music. Sukumar is the director of this action thriller. Ram Achanta, Gopi Achanta and Anil Sunkara are jointly producing this movie on 14 Reels Entertainments banner.