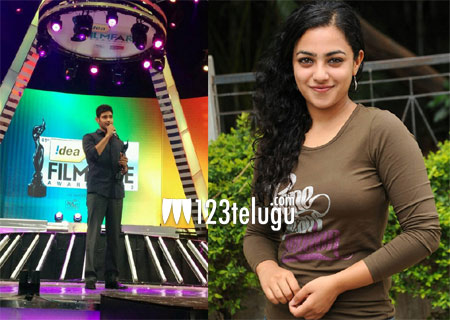 The super star has done it once again. He has won his fourth Filmfare Award today for his portrayal in Seetamma Vaakitlo Sirimalle Chettu. Previously he has won awards for Okkadu, Pokiri and Dookudu.

The female best actor award was given to the talented Nitya Menen for Gunde Jaari Gallantayyinde. SVSC was quite a special film for Maehsh as he worked with yet another legend Venkatesh in this film which paved way to multi-starrers trend in Tollywood.

123telugu.com wishes both these actor hearty congratulations on their awards.