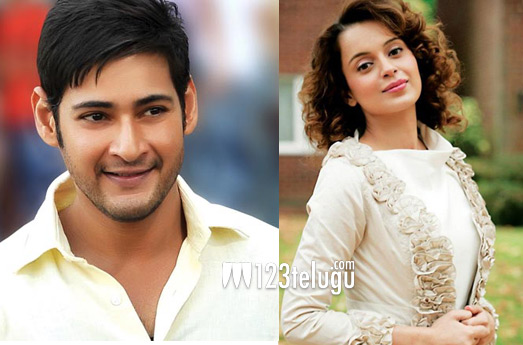 Bollywood actress Kangana Ranaut, is currently riding high on the success of her latest film Queen. Her role and acting is being hugely appreciated all over. Many of us know that Kanagna acted opposite Prabhas in Ek Niranjan, but did not come back to Telugu films after that.

In an recent interview, when asked why she did not do any more Telugu films, Kangana was quick to answer “I would only do a Telugu film if I am casted opposite Mahesh Babu. He is so good looking and such a huge star”.

Well it is not the first time that a Bollywood star has shown interest to work opposite Mahesh Babu. Several names of actresses like Kareena Kapoor and Sonakshi Sinha were making the rounds for some of his projects.