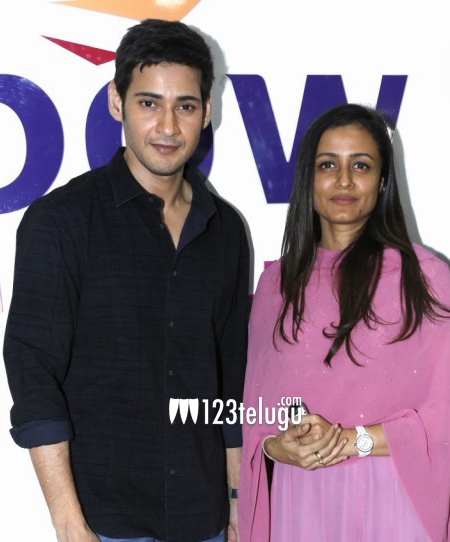 It’s an open secret that Namrata is the driving force behind Mahesh Babu’s rise to fame as a national brand. In the past four years, his image has grown from strength to strength and today, he is the face of multiple top brands including Thumsup, Idea, Jos Alukkas, Vivel to name a few.

In a recent interview to a leading newspaper, Mahesh Babu’s wife confessed that she plays an active role as far as his endorsements are concerned. “Except for his endorsement deals, I am not actively involved in making decisions for him. He has worked quite hard to be where he is right now. I have been a big fan of him ever since we met and got married. I think he has no competition and he always tries to do better with every film.”

She also revealed that watching Gautam on screen in 1-Nenokkadine was one of the most memorable moments in her life. “Mahesh and I weren’t sure if Gautam could pull it off, but he stunned all of us. He doesn’t like action films. In fact, Seethamma Vaakitlo Sirimalle Chettu is the only Mahesh Babu’s film which Gautam has watched,” she said.