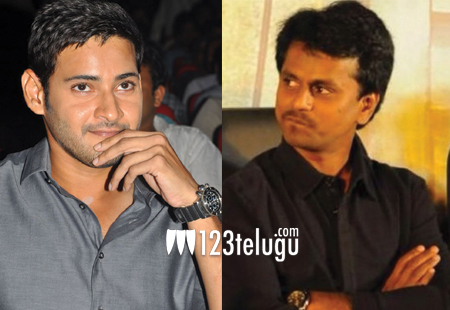 Mahesh Babu has a packed schedule this year with back to back high profile projects and still, there is no dearth of filmmakers wanting to working with him as soon as they can. Currently, Mahesh Babu is working with Sreenu Vaitla in Aagadu and after this, he’s expected to begin shooting for Koratala Siva-UTV’s untitled action entertainer.

The latest buzz is that top Tamil filmmaker, A R Murugadoss has approached him for a film and the discussions are going on. Earlier this month, while promoting Raja Rani, Murugadoss had said that he’s a big fan of Mahesh Babu and also added that he would love to work with him in near future. If all goes well, this could be Mahesh Babu’s next film after completing Koratala Siva’s project. Meanwhile, Murugadoss is busy shooting his next Tamil film titled Kaththi which has Vijay and Samantha in lead roles.

On the other hand, a leading newspaper recently reported that Mahesh Babu might not be be part of Mani Ratnam’s next film due to date issues. An official announcement about this project is yet to be made.