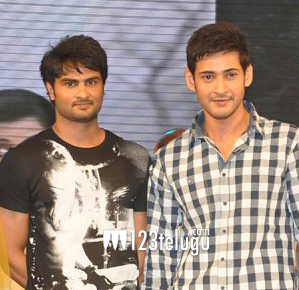 Mahesh Babu is known to be an extremely private person and it’s not everyday that he opens up about his life off-screen. Not many know that he’s a huge fan of cricket and according to Sudheer Babu, Mahesh Babu follows most of the international cricket matches quite seriously.

“Even if he’s busy shooting, he makes it a point to keep track of the scores. My wife tells me that when Mahesh Babu was studying in school, he used to practice playing cricket everyday in his home,” Sudheer Babu, Mahesh Babu’s brother-in-law, revealed. Incidentally, Sudheer Babu, a former badminton player, is part of the Telugu Warriors team at the ongoing Celebrity Cricket League (CCL).

Meanwhile, Mahesh Babu is busy shooting for his upcoming film Aagadu. Sreenu Vaitla is directing this film and Tamannaah is his co-star. 14 Reels Entertainment banner is producing the film.