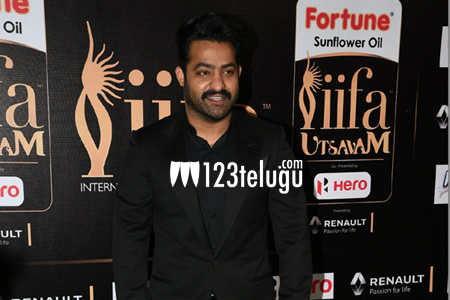 Jr NTR praised Mahesh Babu on the sidelines of IIFA Utsavam 2017 on March 29 in Hyderabad. The actor thanked Koratala Siva for giving him a blockbuster hit like Janatha Garage for which he won the Best Actor award. The film also won Best Film and Best Director awards.

Soon after NTR won the award, when Rana asked him who his favourite actor is, NTR dodged the question saying, “I don’t have one clear favourite, but I like some aspect or another about various actors. Mahesh Babu is the most handsome actor, Nani is one of the best actors of our generation and you (Rana) surprised me with your voice.”

In the end, Jr NTR concluded saying, “All said and done, I’ll always be a fan of my grandfather NTR.”