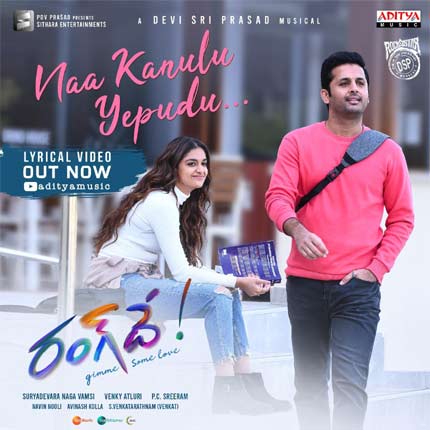 Naa Kanulu depicts the immense love and longing of the male protagonist for his lady love. Sid Sriram as usual brings out the best of the lyrics, penned by Shree Mani, through his melodious vocals. Devi Sri Prasad has come up with a soothing number yet again.

Rang De, directed by Venky Atluri, is slated to open in cinemas on March 26. Naga Vamsi has produced the movie. PC Sreeram is the film’s cinematographer.