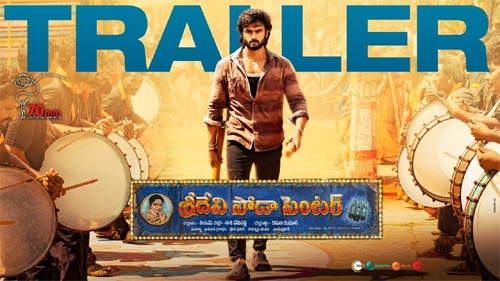 Hero Mahesh Babu has just launched the theatrical trailer for his brother-in-law and hero Sudheer Babu’s upcoming rural action drama, Sridevi Soda Center. “Absolutely enjoyed it! Looking forward to its release in the cinemas,” tweeted Mahesh, as he went on to wish Sudheer and the film’s team.

Sridevi Soda Center’s trailer makes a huge impact with its solid content. The trailer starts off with Sudheer Babu aka Lighting Suri Babu as a prisoner who’s serving jail term for murder. The trailer then leads the audience to the flashback in a village, where Suri Babu falls in love with Sodala Sridevi (Anandhi). Both belong to different castes, which bring in the main conflict in the movie.

Sridevi Soda Center is slated to open in cinemas on August 27th amid high expectations. Directed by Palasa fame Karuna Kumar, the film is produced by Vijay Chilla and Shashi Devireddy under 70mm Entertainment banner. Manisharma has composed the music.