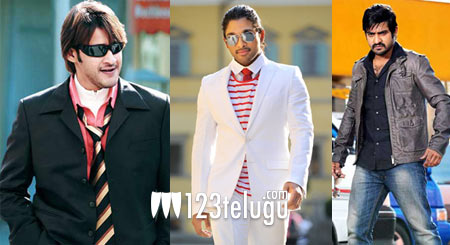 Three of the top stars in film industry today Mahesh Babu, NTR and Allu Arjun have a common link. Apart from the fact that, they have all worked with Puri Jagannadh, and two of them have at least worked with the likes of Sreenu Vaitla, V V Vinayak, the trio have one more common link. All their upcoming films including the untitled Sukumar’s film, Baadshah and Iddarammayilatho have Ashwin Mawle on board.

Ashwin is a leading costume designer from Hyderabad who has earlier worked with Allu Arjun on films like Aarya 2, Varudu and Vedam. Now, he has also designed the costumes for NTR in the latter’s upcoming film Baadshah. In fact, the response for NTR’s look in the film, especially in the episodes shot in Europe, has become a hot topic of discussion among NTR’s fans. Apart from these two films, he’s also designing costumes for Mahesh Babu’s upcoming film in Sukumar’s direction.