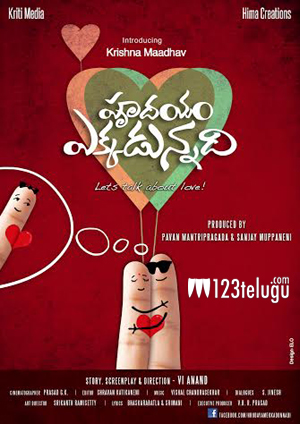 Super Star Mahesh Babu will attend the audio launch of ‘Hrudayam Ekkadunnadi’. The event will take place on the 26th of this month, at Prasad Labs. The movie is a romantic entertainer and Krishna Maadhav will be making his debut as a hero with this film. Krishna Madhav happens to be a relative of Mahesh Babu. The event will be attended by hero Aadi, Smt. Galla Aruna and Galla Jayadev.

‘Hrudayam Ekkadunnadhi’ is being produced by Pavan & Sanjay. Anand, who worked under A R Muragadoss, is the director of this movie. Vishal Chandrasekhar has composed the music.

Harsha Vardhan, Ahuthi Prasad, Dhanraj, Prudhvi and other well known actors will be seen in important roles in this movie. Other