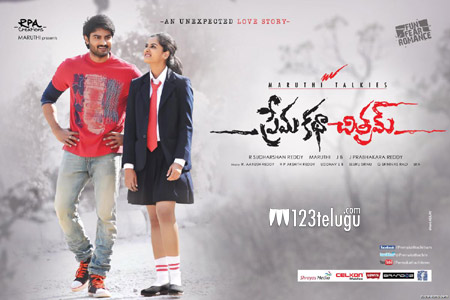 Sudheer Babu’s upcoming film Prema Katha Chitram is gearing up for a grand audio launch on April 10. Mahesh Babu is going to launch the audio and the organizers are leaving no stone unturned to make the event a huge success. The film’s shooting has been wrapped up and currently it’s in post production stage. Sudheer Babu and Nandita have played the lead roles and it has been directed by J Prabhakar Reddy, who was the cinematographer for Maruthi’s Ee Rojullo and Bus Stop. Maruthi has written the story, screenplay, dialogues for Prema Katha Chitram apart from supervising the direction. Sudharshan Reddy is the producer and JB has scored the music. The film is expected to hit the screens in May.