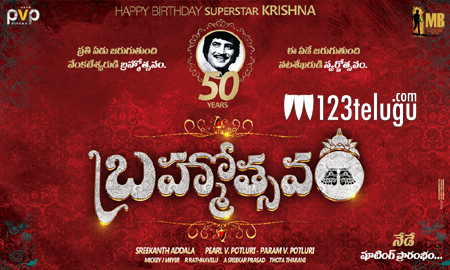 After taking social media by storm with the teaser of his upcoming film Srimanthudu, Mahesh is all set to foray into Kollywood with his next film.

As per the latest reports, Mahesh is geared up to make his Tamil debut with a direct Tamil film. It has been officially confirmed that Srikanth Addala’s Brahmotsavam will be a Tamil-Telugu bilingual movie.

Though Mahesh Babu movies have been dubbed in Tamil language, he has not acted in a Kollywood movie yet. But, for the first time PVP is bringing Mahesh to Kollywood directly with Brahmotsavam.