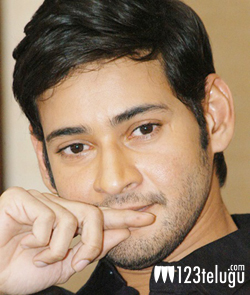 Mahesh Babu’s fans might soon get to see their Superstar in a very interesting avatar. We have heard from reliable sources that Mahesh Babu will be making a guest appearance in the period drama, ‘Rudhrama Devi’. Mahesh might be seen in the role of Gona Ganna Reddy. Sources say that the scenes involving Mahesh Babu might be shot in the month of December.

So far, the production team has not confirmed this news officially. Gunasekhar is the director of ‘Rudhrama Devi’ and he has worked with Mahesh Babu before for ‘Okkadu’, ‘Arjun’ and ‘Sainikudu’. Gunasekhar is also the producer of this film and he is pumping in a lot of money for this period drama.

Anushka will be seen as Rudhrama Devi and Rana Daggubati is essaying the role of a prince. Rebel Star Krishnam Raju, Baba Sehgal and other well known actors will also be a part of the star cast. Music maestro Ilayaraja is composing the tunes for this movie.