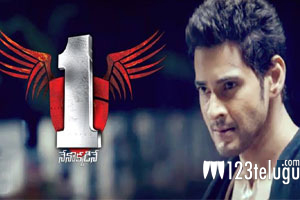 Superstar Mahesh Babu’s ‘1 – Nenokkadine’ is getting ready for a Sankranthi release. The movie is in the final stages of completion and the talkie part has already been wrapped up. As per the latest reports being heard, the last song of the film will be shot in Mumbai from the 28th of this month. Post-production activities are going on in parallel and the film is expected to release in a massive way on the 10th of January.

Sukumar is handling the direction of this suspense thriller and Devi Sri Prasad is the music director. The audio album will be out in December. Kriti Sanon is making her debut as a heroine in this movie.

14 Reels Entertainment is producing this big budget entertainer. Mahesh Babu is expected to be seen in an all new avatar in this movie.