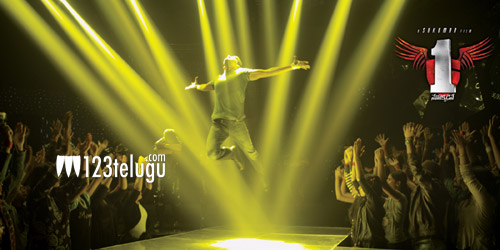 Mahesh Babu’s upcoming film ‘1’-Neeokkadine is easily one of the most eagerly awaited films of 2014. Already, two promos of the film, which showed a glimpse of the action sequences, went viral on Youtube and fans of Mahesh Babu are waiting with a bated breath for the audio launch.

Just days before the audio launch, a micro-teaser was released today and it has made a huge splash on the internet. Mahesh Babu’s stupendous energy as a rockstar has enthralled his fans and it has captured everyone’s attention. The production values are another aspect which have got people talking. The audio is going to be launched in a grand way on December 19 in Hyderabad.

Sukumar has directed the film and the shooting of the film is almost complete. The post-production is going on at a brisk pace. Kriti Sanon is the lead actress. Devi Sri Prasad has scored the music. Anil Sunkara, Ram Achanta and Gopichand have produced the film under 14 Reels Entertainment banner. The film is expected to release on January 10.