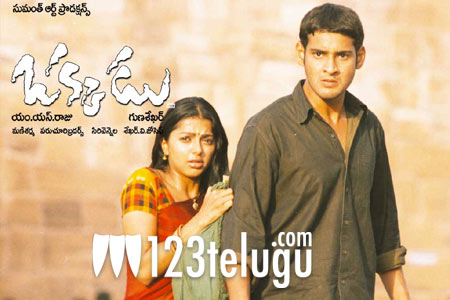 Mahesh Babu’s Okkadu, which was released back in 2003, is going to be remade in Hindi. Leading producer Boney Kapoor has bought the remake rights and his son Arjun Kapoor, who recently shot to fame with the film Ishaqzaade, is going to reprise Mahesh Babu’s role. In fact, few years ago, there were plans to remake the film with Abhishek Bachchan, Bhumika and Sanjay Dutt in lead roles; however, the film was shelved. Now that Boney Kapoor has bought the remake rights, the film’s pre-production work is going to begin shortly. More details about the cast and crew will be announced soon. Okkadu was directed by Gunasekhar and it went on to become one of the biggest hits in Mahesh Babu’s career. Prior to Okkadu, Mahesh Babu had few hits like Rajakumarudu and Murari to his credit, but Okkadu was a gamechanger in his career. Will it work wonders in Hindi as well? Lets wait and watch.