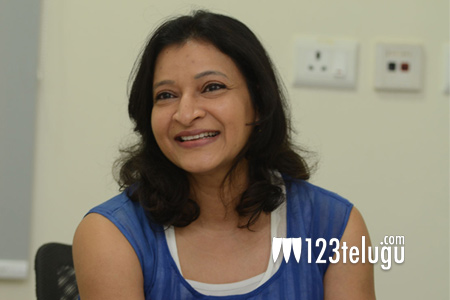 Manjula Ghattamaneni, daughter of Super Star Krishna and sister of Mahesh Babu, is a well-known film personality. Appeared last in Sumanth’s Malli Modalaindi, she has posted a dancing video on her Instagram profile.

Manjula posted a Reel in which she has danced to the recently released chartbuster song, Kalaavathi, from her brother’s upcoming movie, Sarkaaru Vaari Paata. She recreated the hook step and the video has been doing rounds on the internet.

Directed by Parasuram Petla, the movie, which has Keerthy Suresh as the female lead, is produced by Mythri Movie Makers, GMB Entertainment and 14 Reels Plus. Thaman has scored the music for this flick, which will hit screens on May 11, 2022, worldwide.