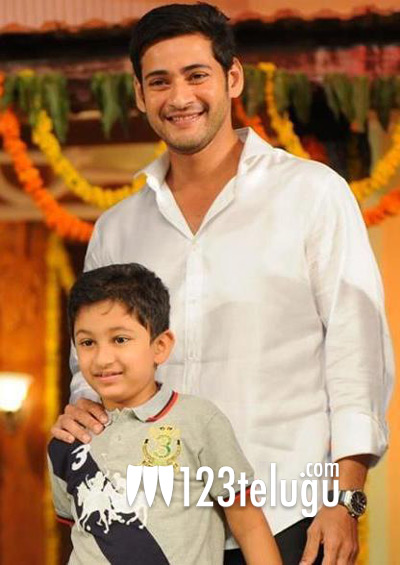 Mahesh Babu’s son Gautham is all set to make his debut onscreen as a child artist, if the latest buzz is to be believed. According to reports emerging from Filmnagar, Gautham might be seen as younger version of Mahesh Babu in Sukumar’s upcoming film. Currently, a test shoot is being done on Gautham and an official announcement is likely to be made soon.

Ever since Gautham made an appearance at the audio launch of Seethamma Vaakitlo Sirimalle Chettu, a lot of people have been asking Mahesh Babu, if he’s planning to introduce his son as an actor. Everytime he was asked about this, Mahesh Babu evaded the question saying Gautham is still quite young. It remains to be seen if Gautham indeed makes an appearance in Sukumar’s film. Kriti Sanon is playing the lead role opposite Mahesh Babu. Gopichand, Anil Sunkara and Ram Achanta are producing the film under 14 Reels Entertainments banner. Devi Sri Prasad is scoring the music.