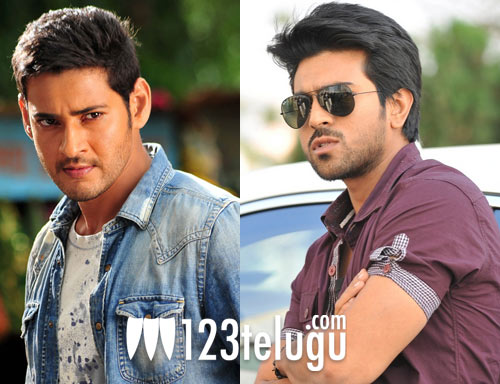 In a very sad development, Mahesh fans and Mega fans clashed today in Nellore and Police forces had to intervene to stop the situation from getting out of control. Tension first broke out over the issue of some flexes that were put up at Narthaki theater by Mega fans. These posters proclaimed Charan as the No.1 hero.

Angered by these statements, Mahesh Babu fans went to the theater and tore up the flexis. This led to tension between the groups and heated arguments broke out. Just as things were beginning to turn violent, police officials stepped in to control the situation.

This is a very sad development. Fans of all heroes should show restraint and appreciate the films of other heroes. There is space in the Telugu Film Industry for everyone to grow and with a healthy attitude, TFI will grow to new heights.