Mahesh is always ready to act in his brother Ramesh’s production: Krishna
Published on Aug 31, 2021 9:27 am IST 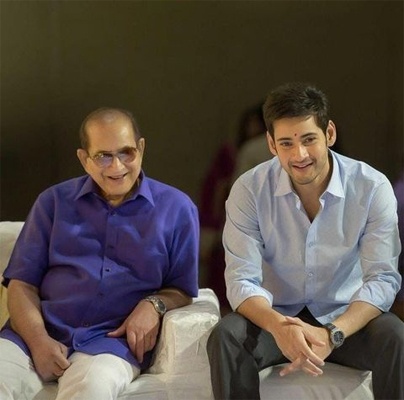 In a rare and recent interview, Superstar Krishna made some touching comments about his sons, Ramesh Babu and Mahesh Babu. When asked about Ramesh’s not so happening film career, Krishna said that even though Ramesh had acted in several hit films and worked with star directors initially, he later did not get the right projects. “That’s why Ramesh lost interest in acting and took to film production,” said Krishna.

When asked about the bond between Ramesh and Mahesh, Krishna revealed that Mahesh is always ready to act in his brother Ramesh’s production. “Mahesh will make sure Ramesh gets involved in his movies as a producer on partnership basis and makes sure that Ramesh never faces any financial issues,” said the veteran Superstar.

It is known that Ramesh had produced Mahesh Babu’s 2004 action drama, Arjun. The film continues to be one of the most memorable movies in Mahesh’s career.