Mahesh is the biggest inspiration to this young debutant
Published on Oct 20, 2018 8:05 pm IST 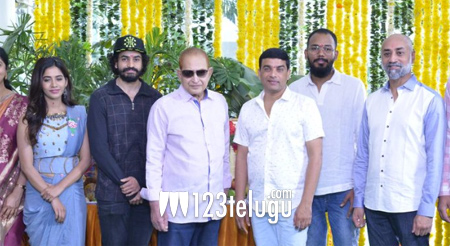 Last night, Mahesh took to Twitter and wished Ashok on his debut and welcomed him to the film world. In turn, Ashok thanked his uncle and told him that his acting journey starts with him as the biggest inspiration. Ashok further said he will always follow Mahesh as an example for discipline and passion towards his craft.

Ashok Galla’s debut film has been titled Adhe Nuvvu Adhe Nenu. The film is being bankrolled by Dil Raju and directed by a debutant named Sashi. Nabha Natesh is the film’s leading lady.

Thanks @urstrulyMahesh Mamaia!!! This new journey starts with you as the biggest inspiration, and, will be always following your example in this new world wether it’s discipline towards the craft or the passion to perform 😊🌟 https://t.co/TXYjx4ZYkh