Mahesh opens up about his sister’s directional debut
Published on Feb 14, 2018 4:00 pm IST 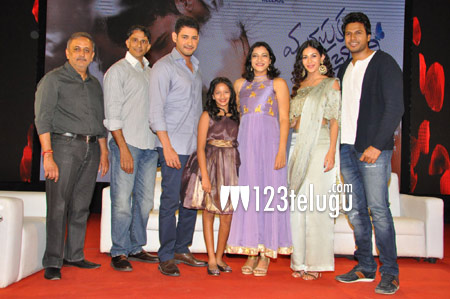 It is a known fact that Mahesh Babu’s sister, Manjula is all set with her directional debut Manasuku Nacchindi. The film is ready for release this Friday and superstar Mahesh Babu attended the pre-release event of the film earlier today.

Speaking about her sister, Mahesh said he was in a big shock when his sister told him that she will be directing a film very soon. The star hero also added that he is very proud of his sister’s work and liked the trailer and visuals very much.

Mahesh wished the entire unit the best of luck and ended by saying that the film will be a huge hit at the box office. Sundeep Kishan and Amyra Dastur play main leads in this film.