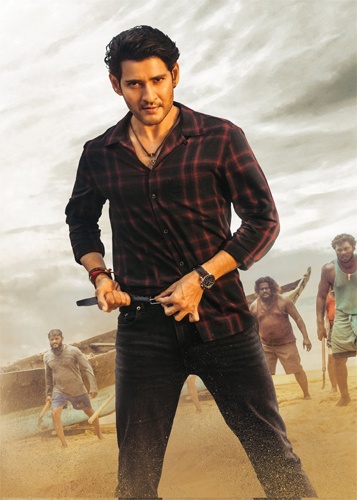 Today is Ugadi and so many interesting updates about several films are coming out one after the other. The makers of Mahesh Babu’s Sarkaru Vaari Pata also revealed a poster today.

Seen in the poster is Mahesh in a simple shirt showcasing his mass attitude. Until now, only some class snaps of Mahesh Babu were out and now, this poster has made fans happy.

In the days to come, the third song of the film will also be released. Directed by Parasuram, SVP has Keerthy Suresh as the heroine and will be out on May 12th worldwide.