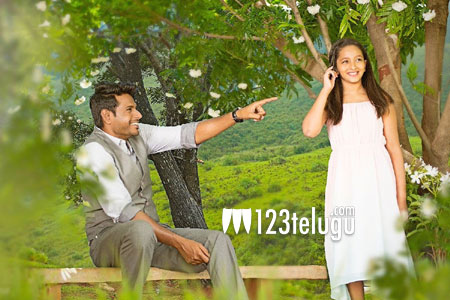 Revealing the news herself via Twitter, Manjula said that Jaanvi was quite natural in front of the camera and gave her first shot with great confidence. Manjula went on to say that Jaanvi has reminded her of Mahesh when he was a child star.

Manjula’s directorial debut movie will be an urbane romantic drama. The film, which will hit the screens early next year, is being produced by Gemini Kiran.

My daughter Jaanvi – I've never exposed her to shoots,So I was quite nervous on her frst day of the shoot,Bt she just breezed in,gave her shot with great confidence.A complete natural and ofcourse a diva(high maintenance).She reminds me of @urstrulyMahesh when he was a child star pic.twitter.com/wCPrVgK92H