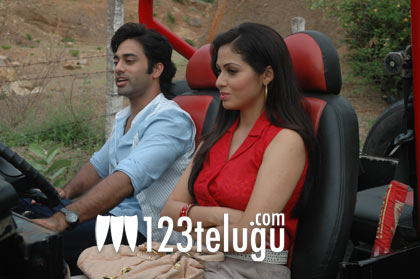 The principal shooting of Navdeep, Sada starrer Maithri is almost complete, except for three songs. Debutant director Surya Raju is directing this film and Rajesh Kumar is producing the film. “We have been shooting non-stop for the past few days and except for three songs, the rest of the film’s shooting has been completed. Two songs will be shot in Hampi and the remaining song will be shot in Chennai from July 20 onwards,” Surya Raju said. The film’s post production has already begun and it’s currently on the editing table. The film is said to be a thriller and the makers are confident that the film’s content will appeal to all sections of the audience. Vikas is composing the music and the film’s audio will be launched towards the end of this month.