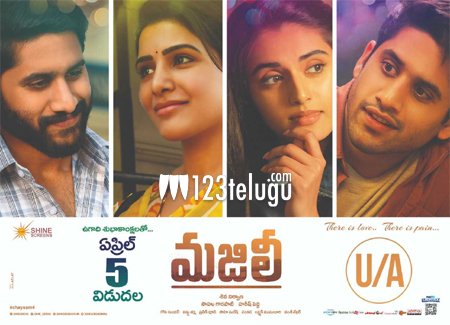 All eyes are now on Majili as the film is ready for a release on the 5th of April. The latest we hear is that the film has completed it censor formalities with a U/A certificate.

With this, all the last minute formalities of the film have been completed. The film is Chay and Sam’s biggest release to date and is carrying a superb buzz in the trade.

Shiva Nirvana directs this film which has music by Gopi Sundar and Thaman.