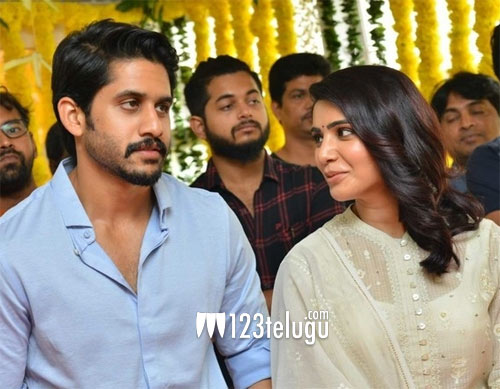 For the first time after their marriage, star couple Naga Chaitanya and Samantha have teamed up for director Shiva Nirvana’s romantic drama, tentatively titled Majili. The film’s shooting began recently and fans are eagerly waiting to see Chay and Sam together on-screen for the fourth time.

But much to everyone’s shock, especially Samantha, a short video clip from the sets of Majili has been leaked and is being shared on social media. Chay and Sam were seen chitchatting in the video. This would mean that the team will be more cautious to prevent any further leaks from now on.