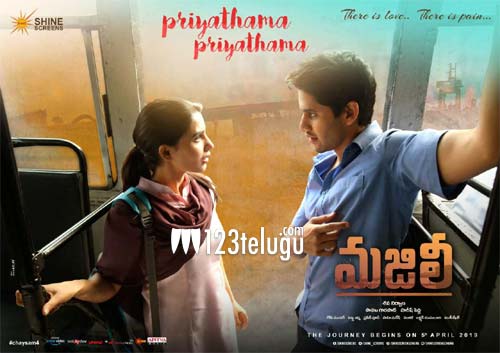 Naga Chaitanya and Samantha’s eagerly awaited romantic drama, Majili, is slated to hit theaters on April 5. Chay and Sam fans are excited to see that star couple together for the first time since their marriage. In the movie, they both will be seen as a married couple.

Meanwhile, the second song from Majili’s audio album is out just a while ago. The song, titled ‘Priyathama Priyathama’, is a soulful romantic number where the woman longs for her man’s love. The earnestness in Chinmayi’s voice and the poignant lyrics steal hearts instantly.

Gopi Sundar has composed the soundtrack for Majili. Shiva Nirvana has directed the movie. Mumbai actress Divyansha Kaushik is the other female lead in Majili. Sahu Garapati and Harish Peddi have produced the film under Shine Screens banner.