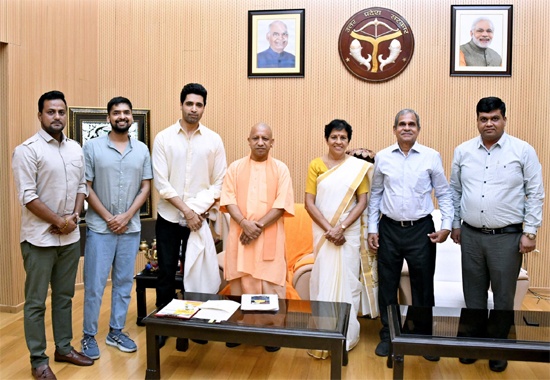 Adivi Sesh-starrer, the biographical movie, Major is still doing well at the ticket windows in many areas. Directed by Sashi Kiran Tikka, the movie has Saiee Manjrekar as the female lead.

Today, the young actor reached Lucknow to meet Yogi Adityanath, Chief Minister of Uttar Pradesh. The parents of the martyr Major Sandeep Unnikrishnan also met the politician. Yogi Adityanath has appreciated the actor for making a movie about a brave soldier.

Later, he gifted them silver coins and also felicitated them with a shawl. Adivi Sesh took to Twitter and expressed his happiness on hearing commendations of Major from the CM and shared pics from the meet.

Memorable moment to meet the Honourable Chief Minister of UP Shri #YogiAdityanath along with the team and Uncle & Amma, parents of #MajorSandeepUnnikrishnan Was so amazing to hear commendations of #MajorTheFilm and to be gifted with a shawl and silver Coin🙏🏼🇮🇳 A real Honor. pic.twitter.com/D6ThfZEEc8