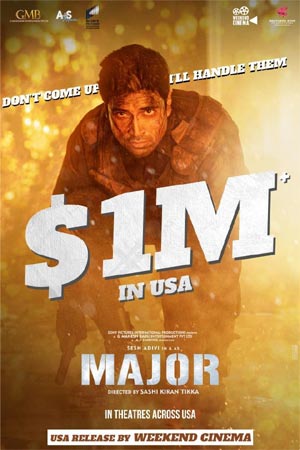 Young and talented actor Adivi Sesh has scored a massive hit with his latest outing, Major. Directed by Sashi Kiran Tikka, the movie has Saiee Manjrekar as the female lead.

The movie has crossed $1 million within its first week run and the film is aiming for the blockbuster second weekend. The movie has entered the profit zone in just 4 days and collections are steady on weekdays as well.