Major inching towards a remarkable milestone at the US box office
Published on Jun 7, 2022 1:00 pm IST 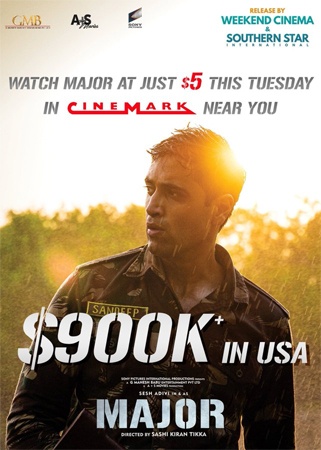 Young and talented actor Adivi Sesh-starrer Major is unstoppable at the ticket windows in Telugu states and overseas. Directed by Sashi Kiran Tikka, the movie has Saiee Manjrekar as the female lead.

So far, the movie has grossed over $900K at the US box office and is inching towards the remarkable $1 million milestone. The movie turned out to be the highest grosser in the career of Adivi Sesh.