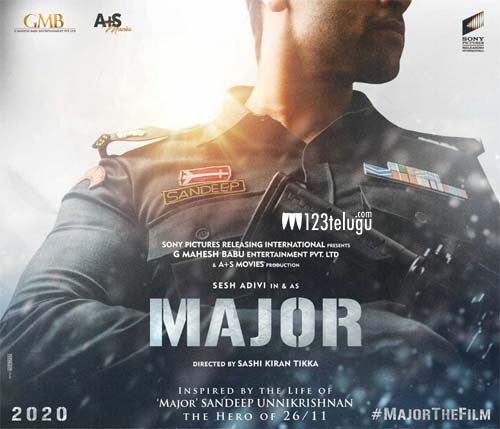 Adivi Sesh has carved a niche for himself in Telugu cinema with thrillers like Kshanam and Goodachari. Now, he’s all set to make a big splash again with Major, the much-awaited biopic of 26/11 Mumbai Terror Attacks hero Major Sandeep Unnikrishnan. The film’s teaser was supposed to be launched a few days ago in Mumbai; however, it was postponed owing to the rise in Covid cases in Mumbai, apart from the sudden death of director Sashikiran Tikka’s father.

The makers have now resumed the promotions with an interesting series called ‘People of Major’, which shows a glimpse of all the important people who shaped Major Sandeep Unnikrishnan’s life. Earlier today, Sesh revealed the first look of Saiee Manjrekar, who played one of the lead roles in the film, and also posted a letter which underlines the romance between the two lead actors.

Interestingly, Sesh remarked that Major is much more than a pan-Indian film and it deserves to be seen by each and every Indian. “Major isn’t just a Pan Indian film. It’s an ALL INDIAN film. And for the ALL India audiences that want to watch an amazing story inspired by the life of #MajorSandeepUnnikrishnan,” Sesh posted on Twitter.

The film’s teaser will be unveiled on April 12. Directed by Sashikiran Tikka, the film is being produced by Sony Pictures India, Mahesh Babu’s GMB Entertainments and AplusS Movies banner.

A letter MEANS something. Every word sounds simple…but is worth so much more.

She met him in school

She dreamt of a life with him

She felt much more than she could write…

The First Look of @saieemmanjrekar