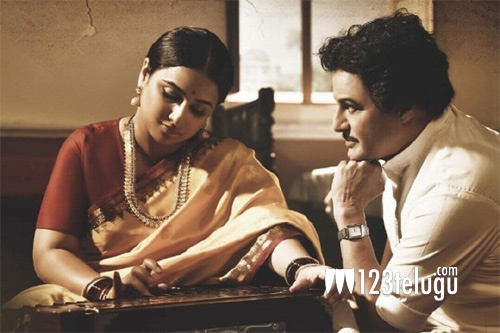 The trailer of NTR Kathnayakudu will be released tomorrow during the audio launch of the film in Hyderabad. There is a huge pressure on Krish to make an impact with the trailer.

Since a long time, the makers have been revealing several looks of Balayya as NTR and everything has been spot on so far.

But the big test will begin tomorrow as the trailer needs to make an impact at any cost. Balayya needs to get his diction right as NTR and everything will be based on the manner in which he is showcased in the trailer.

If anything goes wrong in this regard, there can be a negative buzz for the film right away. So, the trailer will be like a make or break situation for the makers of the film.

Vidya Balan’s look as Basavatarakam has been getting a good response and we need to see how she is showcased in the trailer.