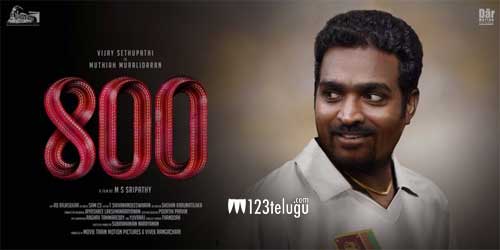 It is a known fact that Vijay Sethupathi is doing a film called 800 based on the life of Sri Lankan cricket Muralidharan. The film’s first look was also out and won a lot of accolades.

But a few media agencies started making statements that this film is being made for political reasons and is causing friction between the Tamil Nadu people and Sri Lanka Tamil settled people.

So, to clear all this, the makers, Dar Motion Pictures today released a statement saying that this film is being made as a sports drama and will depict the story of Murali who was from a Tamil migrant community in Sri Lanka and has nothing to do with any political party. 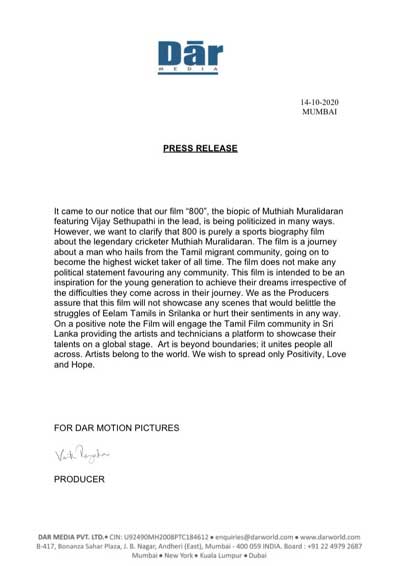