Makers of Anushka’s Bhaagamathie confirm the release date
Published on Nov 17, 2017 10:05 am IST 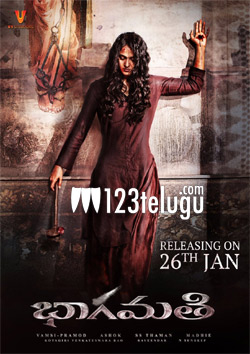 Anushka’s much-talked-about modern day thriller, Bhaagamathie, is one of the most eagerly awaited movies that will be be released in early next year. The recently released first look poster had raised the expectations on the movie.
Over the past few days, there have been several rumors that Bhaagamathie has been postponed to February second week. Putting an end to all the rumors, Bhaagamathie’s makers have officially announced that the movie will be hitting the screens on January 26 as a Republic Day treat.