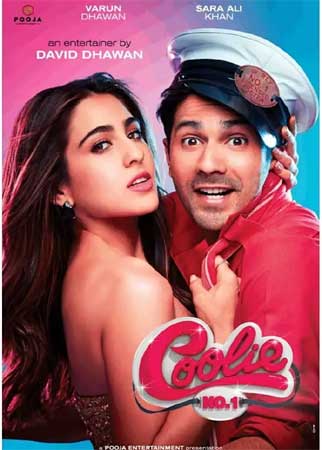 Yesterday, we had reported that the DC Superwoman flick, Wonder Women 1984 will have a simultaneous theatrical and digital release. As per the reports, the film will have a worldwide release on December 25, 2020, and go for direct digital streaming on HBO Max across the USA on the same day.

Meanwhile, the latest news is that the makers of the Bollywood film, Coolie No:1 are also planning for a similar kind of release. It is well-known that the film’s streaming rights are acquired by Amazon Prime long back and they are gearing up for a premiere soon.

Directed and produced by David Dhawan, Coolie No:1 stars Varun Dhawan and Sara Ali Khan in the lead roles.