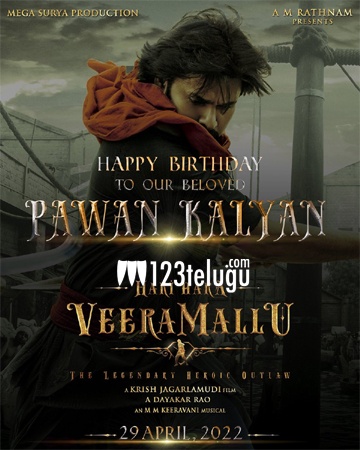 Pawan Kalyan is doing a film called Hari Hara Veera Mallu. The film is directed by Krish and today, on the occasion of Pawan’s birthday, the makers revealed a new poster along with the release date.

The latest news is that the film will be out on the 29th of April in a big way. Krish is in big plans for this film and now, this release date has made fans super happy as well.

Pawan will have back-to-back releases in the form of Bheemla Nayak and Hari Hara Veera Mallu and in both the films, he is doing varied roles as per the news.