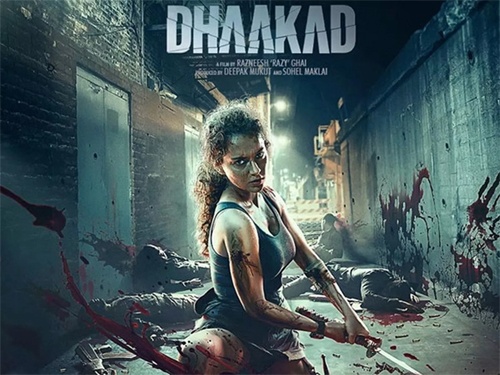 Kangana Ranaut did a film called Dhaakad and it was made on a whopping budget of 80 crores. The film bombed big time and left the makers reeling.

As per the latest update, the makers have lost close to 70 crores due to the film’s failure. The film was washed out and the sad part is that not OTT biggies are also coming forward to buy this film.

Kangana played the main lead in this film which also had Arjun Rampal in a key role. The film was a female-oriented spy drama and had loads of action but did not click.